The Poisson distribution is a well-known statistical discrete distribution. It expresses the probability of a number of events (or failures, arrivals, occurrences ...) occurring in a fixed period of time, provided these events occur with a known mean rate λ (events/time), and are independent of the time since the last event.

It has the Probability Mass Function:

for k events, with an expected number of events λ.

The following graph illustrates how the PDF varies with the parameter λ: 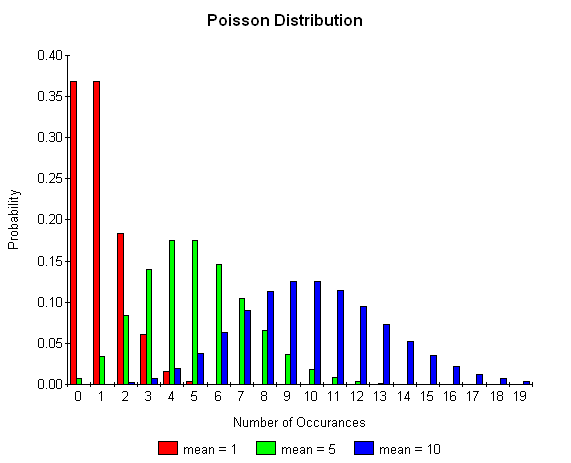 Returns the mean of this distribution.

In the following table λ is the mean of the distribution, k is the random variable, p is the probability and q = 1-p.